Virtual reality (VR) and augmented reality (AR) have increased the spotlight and interest in recent times.

The technology is advancing and more devices and applications are being launched. The Softwares are improving and the potential application of these systems is also expanding. 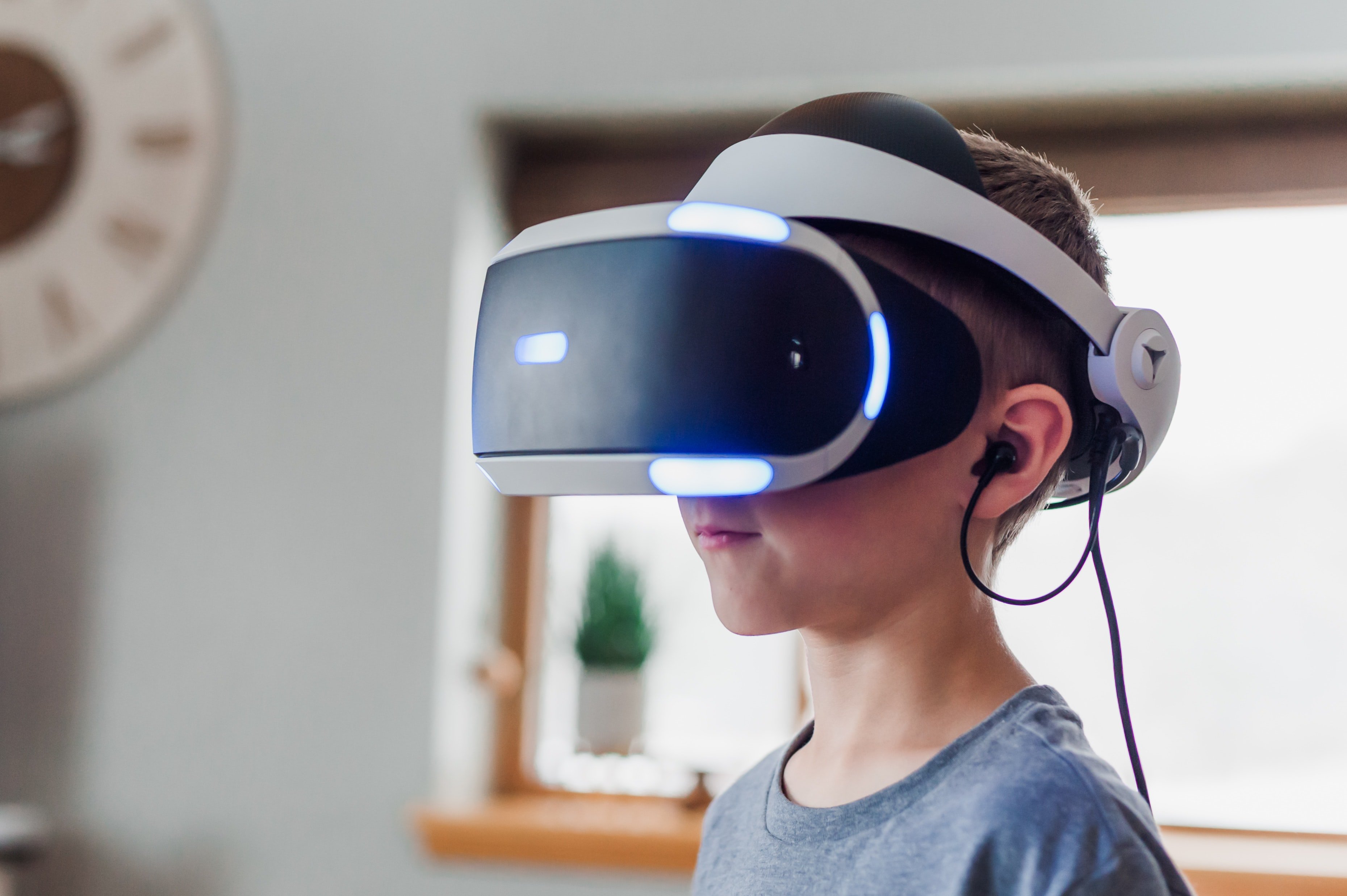 The travel, sports and gaming industries are arenas full of opportunities for these experiences. But leisure and entertainment applications aren't the only industries taking advantage of these technologies.

What is virtual reality?

Virtual reality is a completely simulated experience, which can be similar or completely different from the real world.

Virtual reality systems use headsets or multi-projected environments to generate realistic images, sounds and other sensations that simulate a user's physical presence in a virtual environment.

You can see the artificial world, move around in it, and interact with virtual resources or items.

For virtual reality to work two things are needed: hardware and software. Hardware enhances the VR experience, giving you a screen to look at, for example, like a video game that puts you right in the middle of the action.

With this combination, you strap on a VR headset, load a VR app, and can jump into a virtual world.

What is Augmented Reality?

Augmented Reality is an interactive experience of a real-world environment in which real world objects are enhanced or interact with a computer generated image and sometimes through multiple sensory systems.

It is a combination of real and virtual worlds, a real-time interaction with three-dimensional (3D) images of virtual or real objects.

The superimposed experience interacts with the physical world and is perceived as an integrated and immersive environment.

The history of augmented reality is often confused with VR, it was at first conceptualized by Horton Heilig, who in 1962 created the "Sensorama", a helmet equipped with sensors to simulate a scene such as a motorcycle ride in New York.

This concept was closer to virtual reality, but also lays the foundationes of augmented reality.

The first big difference is the way the content is enjoyed. Virtual Reality offers the possibility of immersing oneself in virtual spaces, for which the use of virtual reality glasses is essential.

Augmented Reality - although it can also be seen through glasses - does not offer that immersive aspect, without what you see are images superimposed on the real environment.

While in Virtual Reality everything we see is created and developed entirely by means of a computer, in the case of Augmented Reality, what we see are virtual objects that are superimposed on the real environment. A mix between real and virtual elements.

The position of the objects is another quality that differentiates Virtual Reality from Augmented Reality. In the case of the one created entirely by computer, the placement of the different elements can change throughout the process.

This does not happen in augmented reality, since the real elements that remain visible at all times and will not alter their position in any case.

In some cases, the objects are anchored to reality interacting with some physical space and in others they "float" on it. There are more and more gamification experiences using augmented reality in tourism.

Immersion in the experience

The degree of immersion in the environment is very different in both cases.

If with Augmented Reality the sensation of teleportation is null - it represents additional elements captured on the real space in which we find ourselves - in the case of Virtual Reality it gives us a true sensation of having traveled well either to a real place represented in detail or to a totally imaginary world.

Differentiation of the environment

It is another very clear example of the differences between the two. In the case of Virtual Reality, when it is well developed, the objects will appear real to the perception of the human being, to the point of not being able to distinguish what is real from what is not.

In Augmented Reality, however, it is clearly seen which elements have been created by computer, clearly differentiating themselves from those real ones that are still being viewed in our environment.

What is Mixed reality?

People tend to make comparisons like augmented vs virtual reality,  mixed reality vs augmented reality and so on. The truth is that the two technologies are getting closer.

And why not together?

The term mixed reality (MR) describes technology that combines the overlay of augmented reality in the real world with the ability of virtual reality to insert graphic and digital elements onto the viewing screen.

So what is mixed reality?

Mixed reality is a combination of real-world objects and virtual objects. The term covers a wide range of technologies from augmented reality (AR) to augmented virtuality (AV).

For example, the presence of a hologram in a "real" environment will be qualified as mixed reality since the user has the possibility to interact with it. Intended for professionals, education or training, mixed reality can also be used to create games or entertainment.

In the travel industry, mixed reality could be used to replace physical dashboards on board airplanes, for example, or even serve as a future reservation platform for travel agencies.

To summarize, we can say that Augmented, Virtual and Mixed Reality are three distinct technologies that do not meet the same expectations.

These 3 technologies, although they have a common origin, remain quite different and each have specific applications.

Major players in the technology market could not be left behind and have invested heavily in these technologies, both in the software and hardware áreas

In addition, Big Techs have also invested in strengthening connectivity, as these technologies demand robust connectivity.

Everything indicates that Apple is taking an interest in both technologies, and may be preparing a headset that is virtual or augmented reality in 2022.

Apple is likely to make an announcement a few months before the actual launch, as is common with brand-new devices. According to the rumors it is not a new cell phone model, it is a completely new wearable device with the company's brand.

The announcement a few months before marketing the product would give developers time to prepare their apps for the new platform.

Beyond features and tools, Google is investing heavily in both technologies. According to  Google : “Augmented reality (AR) and Virtual Reality (VR) bridge the digital and physical worlds. They allow you to take in information and content visually, in the same way you take in the world.

AR dramatically expands the ways our devices can help with everyday activities like searching for information, shopping, and expressing yourself.

VR lets you experience what it's like to go anywhere — from the front row of a concert to distant planets in outer space.”

Google has been working on VR headsets for some time, including the cheap and affordable cardboard headset kits to massify the use of this technology.

The Future of AR and VR

The use of  AR and VR across a range of industries in widely diverse environments illustrates how our world is becoming increasingly data dependent and interconnected.

The cumulative effects of all the high-density information that exchanges between users, servers, computers and content providers leads to a high demand for high bandwidth, low latency connections and instant access to VR/AR partner ecosystems.

Like everything related to the digital world, the pandemic also accelerated the search for more augmented reality applications, especially in the area of education. Therefore, AR remains one of the main technological trends of 2021.

The estimated market growth of these technologies will consequently cause the price to be reduced, making them more affordable. The tendency is, in the future, to ask ourselves how we lived without this alternative type of technology.

Just as we do today with the internet, television and other media on our daily basis.

All this improvement is part of what we call digital transformation, they are means and techniques used to make the experience both for the user and for the business better. 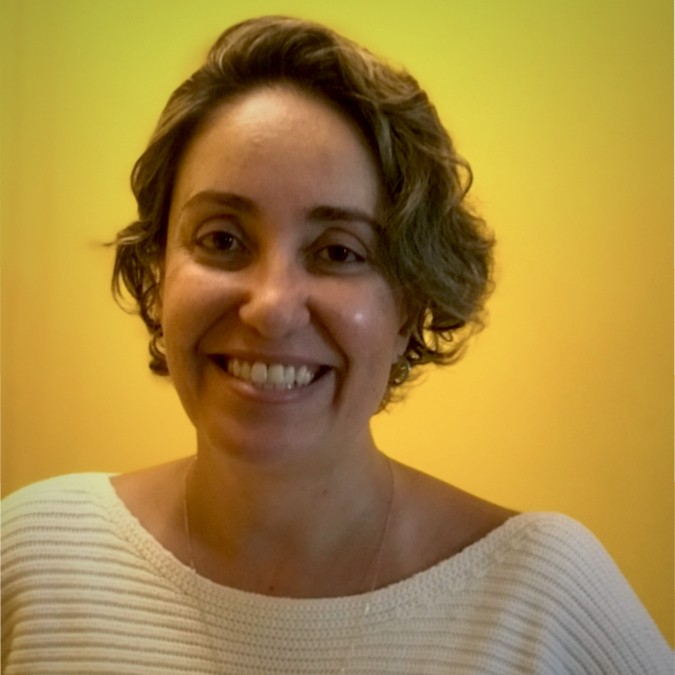 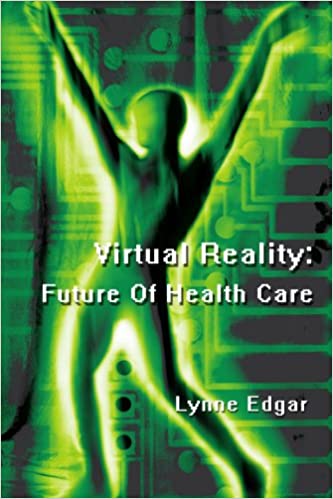 In this article we are going to review some of the best books on virtual reality that you will... 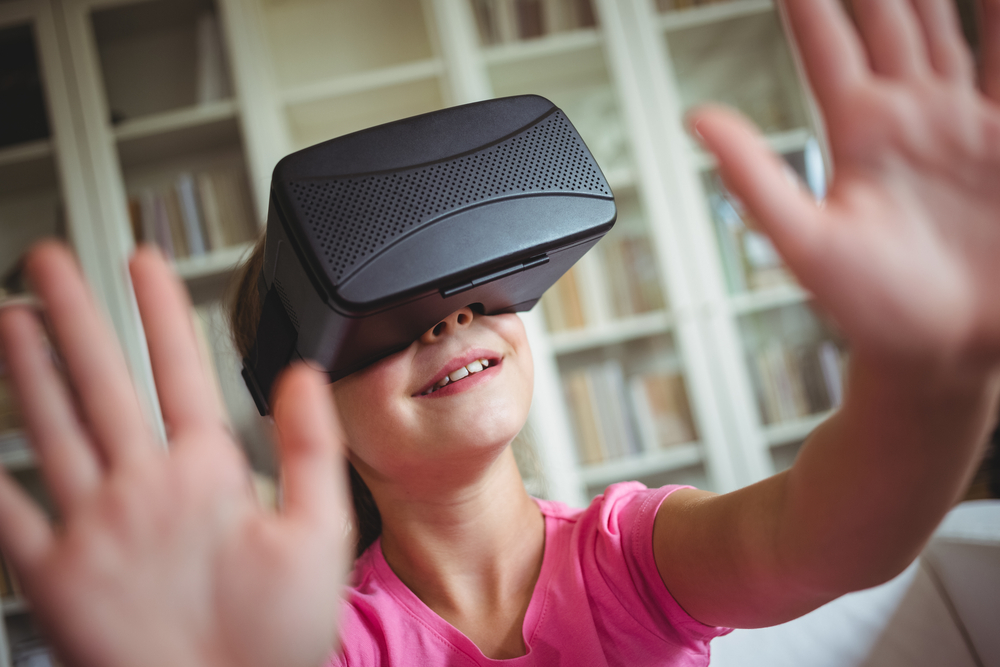 Virtual reality for children: what applications does it have?

Virtual Reality has numerous practical applications in different areas of the day to day. 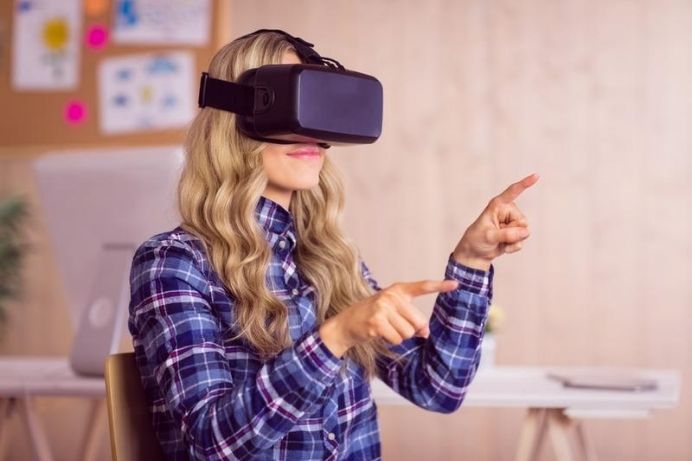 Why hire a Virtual Reality Company?

Technology has not stopped advancing in the last decades, and what seemed impossible to us 20...