Sports in the VR

Why Sports in VR?

Virtual reality (VR) is reshaping the sports industry, just like it has changed so many other fields, making it more innovative, safer, and more accessible. There are many ways that this technology can be used. For example, athletes can reenact past plays to better assess weaknesses and strengths. Likewise, coaches and other professionals can demonstrate and test certain moves or strategies in a realistic way to make for less risk on the field or track.

Racecar drivers, for instance, often face a lot of danger in their careers, which is why it’s necessary to thoroughly evaluate safety measures beforehand. VR can run scenarios of different vehicles and car crashes with a high degree of accuracy without ever endangering any equipment or drivers, making the sport safer while also cutting costs.

Virtual simulations have already been proven to be helpful tools in such scenarios, as well as many more. Not only can VR be used to make games better for the players, but for audiences too, creating new ways of interacting with sports that present tantalizing marketing and revenue opportunities.

Virtual reality has been commonly used in the entertainment industry for years, but other businesses are now catching on to the possibilities and capabilities the technology presents and have begun to use it in varying ways to enhance and expand their offerings.

Because of this, and the nearly limitless avenues for growth that VR presents, virtual reality is a constantly evolving field of study. This is especially true with the emergence of 5G on the horizon and the rapid improvements of parallel and related technologies. It has already come so far, and yet, what VR will become in the future is so open-ended that it’s nearly unfathomable.

VR is no longer just a way to view something in 360 degrees. It allows users to step into a completely new world, offering them the opportunity to engage in experiences that they could otherwise never have dreamed of. For example, with VR, sports fans can play alongside their favorite stars, explore sports venues, and so much more from the comfort of their home using a simple headset.

Fans can now participate from anywhere in the world, often for much less than it would be to purchase a ticket to a live game. Yet, they receive the added bonus of heightened, innovative interactions. The NBA, for instance, used a VR telecast to provide fans with courtside seats, which would usually sell for thousands, at a fraction of the cost. Watching the game through VR, viewers also received bonus access to the locker rooms. Not only did this allow many people, who would never be able to attend a game in that manner due to monetary restrictions or location, a chance to see a game, but it went above and beyond the usual offerings of an in-person game to make it more engaging.

Understandably, demand for these capabilities is rising, especially as they become better and better understood in mainstream channels. The pandemic and subsequent lockdowns also helped to make VR a particularly promising tool, as in-person events were no longer possible. With this technology, businesses were still able to reach and interact with their fans in a fun and exciting way despite lockdowns and restrictions. Spectator-less Olympic games, for example, provided a way for the tradition to carry on during uncertain times, allowing viewers to watch the games from the safety of their homes during the pandemic.

However, not everyone is on-board with these technologies. Certain AR (augmented reality) and VR developments have raised concerns with certain audiences in regard to privacy, particularly in Europe.  To these advocates, the concept of smart glasses affixed with a camera and automatic facial recognition is seen as a way of creating an omnipresent surveillance system. Such hesitancy has impeded the growth and spread of VR technology, particularly in the European market. And, unless GDPR policies are modified to define privacy protocols for AR and VR technology, this doubt and fear will continue to be an issue.

Meanwhile, even though the Asia Pacific market was a little late to the AR and VR craze, there has been immense growing interest in VR and AR technology in that area, especially regarding smartphones. Large corporations around the world have also set a standard for accepting such technologies and utilizing them. Facebook (now known as Meta), one of the largest companies around the globe, is a great example and has been seen as a pioneer in the field of VR through Oculus and, more recently, the Metaverse.

What is the Metaverse?

Mark Zuckerberg, the founder of Facebook, laid the foundation for the metaverse early on when the company acquired the virtual reality company Oculus back in 2014. But it has only been brought to the forefront recently due to the rebranding.

A parallel virtual world for socializing, experiences, and gaming, the metaverse is a new player in the VR world but is already showing the potential to change the way we interact with such content. The term “metaverse” was coined as early as 1992 in a novel by Neal Stephenson called Snow Crash. In this novel, the metaverse is described as a virtual 3D world that can be entered using special glasses. Sound familiar? This virtual reality in Stephenson's novel took the shape of a city with a single street a hundred meters wide. However, users could expand this street, or world, in whatever way they wished by building their own streets, buildings, signs, parks, or even other structures that don’t or can’t exist in the real world. Because there were no laws of physics to follow, the imagination of the user was the only limit to the endless possibilities that could be created.

Long before the Facebook metaverse, Stephenson’s fantastical ideas had become reality. For years now, role-playing games like Second Life, Minecraft, and World of Warcraft have played with the concept of creating new realities for gamers to explore, expand, and build in.  But of course, the metaverse we know now is the most similar to this original, sci-fi technology. The hope behind the metaverse is that all types of industries will eventually have a “storefront” in the metaverse, from Amazon malls to Disney digital theme parks; Netflix movie theaters; and yes, virtual sports venues!

How Do Sports Align with the Metaverse?

So what do sports have to do with this virtual world? Although the metaverse doesn't specifically have to do with sports, because it presents so many technological and social possibilities, sports are sure to be impacted in the process of evolution.

At its core, the metaverse is about building community. It makes it more possible than ever to reach out to a wide variety of fans from around the world and allow them to take part in experiences or buy products that wouldn’t otherwise be available to them and talk to people they would never otherwise be able to meet. And that can certainly be applied to sports communities as well as any other!

Are VR Sports the Future of Metaverse?

The sports industry can harness this technology to elevate and expand the idea of what sports can be and look like. In a way, the rise of VR is similar to when the internet emerged. It may have seemed that the internet would have nothing to do with flesh-and-blood sports, but it changed the way fans could view and interact with the game.

When YouTube became popular, sports training videos became an essential part of training, especially for self-taught athletes and newcomers. Likewise, fitness programs and sports apps changed the way people could exercise and get into certain active hobbies. In the same way, the metaverse will surely reshape sports over the coming years and generations, likely in ways we can’t even fathom at this point.

Soon enough, it's possible that sports coaches will be able to visit our living rooms via holograms to help us train to be better athletes; we could play games alongside the greats in our very own home; or we could use in-home fitness equipment to play games, such as running on a treadmill in VR Temple Run or biking through a game of Mario Cart.

This may seem a far way off, but businesses are already working toward these possibilities and more. Companies like Peloton, Zwift, and Capti have already been working on using 3D worlds built in Unreal Engine to enhance the cycling experience and take customers to new places around the globe and beyond. So, soon enough, they’ll become reality! 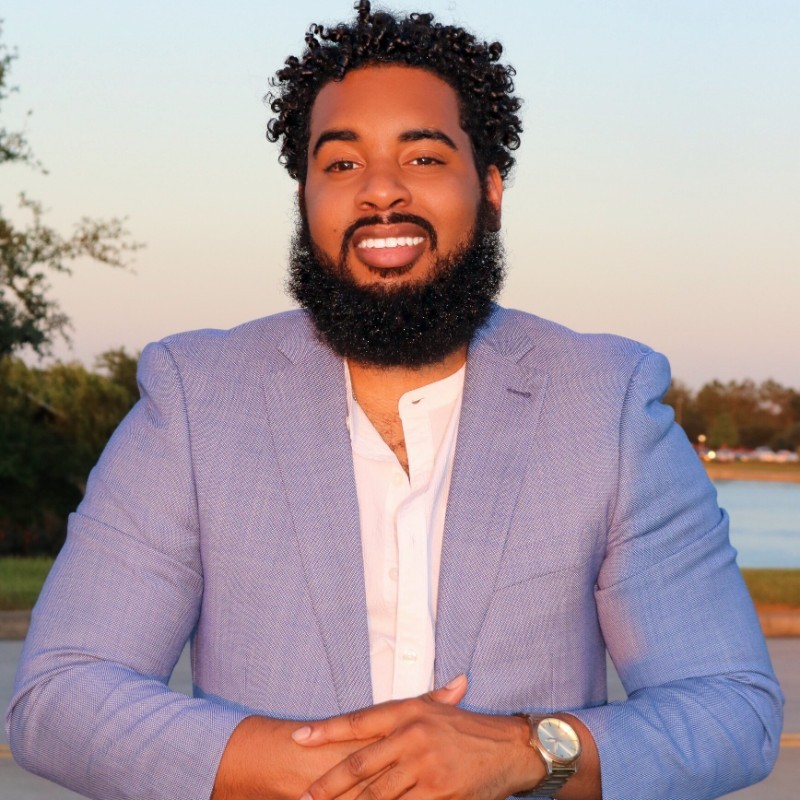 The Rise of VR Headsets

What is a VR Headset?

A VR headset is a device worn on the head that’s used to experience virtual... 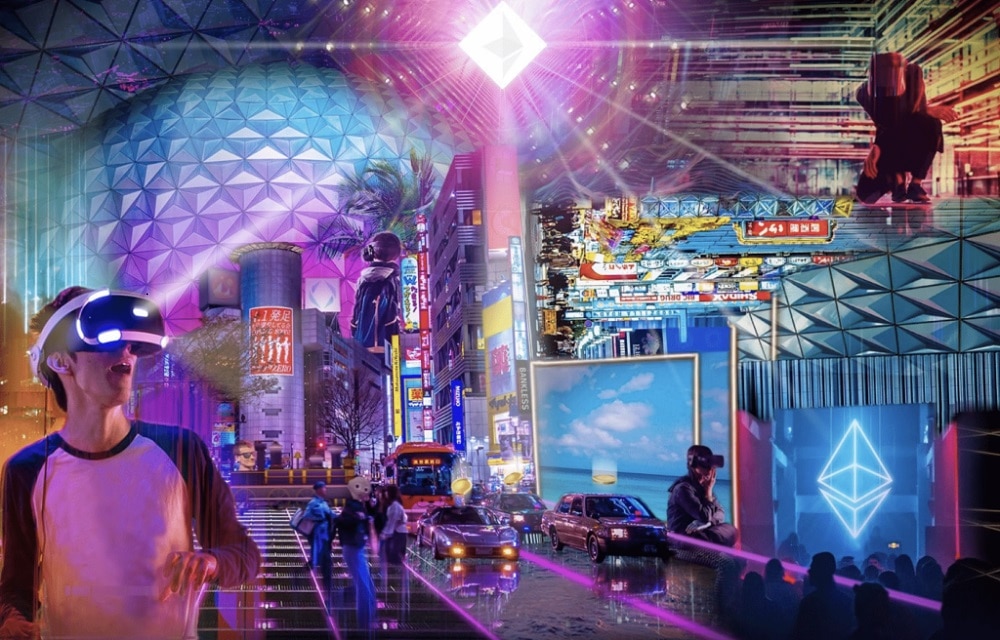 How Does the Metaverse Impact the Entertainment Industry?

Since Mark Zuckerberg rebranded his company, the metaverse has been the internet’s favorite new... 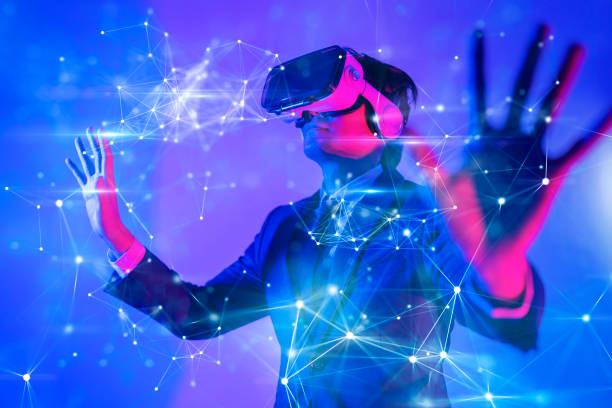 How Can Brands Break Into the Metaverse?

Many people associate the metaverse with gaming, but that’s only the tip of the iceberg. At its...